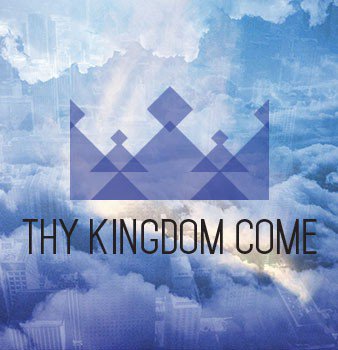 This weekend at Community we wrapped up our series, THY KINGDOM COME and touched on the topic of “Hunger.” We defined God’s Kingdom this way: “When God gets what God wants.” Now, I know that definition can leave someone thinking, “That makes God sound like some sort of narcissist, doesn’t it?” But God doesn’t operate like we do. Turns out, his self-interest is everyone else’s best interest.

We don’t have to look far in scripture to see that God has a very keen interest in seeing that no one goes hungry. The story of the Feeding of the 5000 is great example of God’s interest in this matter (John 6). And while this story may be familiar to most Christ-followers, I love how Matthew, the Tax Collector, in his telling of this story, makes a point of letting us know where the food came from and who was given the task of distributing it to Jesus’ hungry listeners. The food came form a boy who had just 5 loaves and 2 fish. And Jesus’ disciples – his followers, were tasked with distributing the food.

Some 795 million people in the world experience food insecurity…meaning they live without reliable access to a sufficient quantity of nutritious food. That’s one in every nine people on the planet! And in certain places in the world, like Sub-Saharan Africa, one person in four doesn’t have access to proper nutrition. And this isn’t something that only happens on the other side of the globe.  In 2013, 49 million Americans lived in food insecure households — nearly one-third of them children. Here in Chicago, more than 800,000 individuals in Cook County don’t know for sure when or where their next meal will come from.

Food supply is not the problem. For the past two decades, the rate of global food production has increased faster than the rate of population growth. The world already produces more than 1½ times enough food to feed everyone on the planet. That’s enough to feed 10 billion people. We don’t have a food problem. We have a distribution problem. And who is tasked with distribution? Jesus’ disciples – his followers – kingdom people – US!

Now, I know the challenge of distribution is significant:  corrupt leaders, terrorism, and broken systems contribute to the problem of hunger. But maybe like the boy with the 5 loaves and 2 fish, God is waiting for Kingdom People like you and me to give our little to him, and then ask him to help us solve the challenges of distribution. Isn’t that how God often works? Doesn’t he often wait for us to step out in faith first, then act?

So, what can you do now? What might be your five loaves and two fish? Here are a couple of ideas . . .

2) Tutor – We know education is key to helping children escape poverty and hunger. The connections between food deprivation and how well children do in school are well documented. Our church has partnered with Kids Hope, a mentoring program which pairs mentors with one kid (1st-2nd grader) for one hour, once a week. This is a great way to bring your “little” to Jesus.