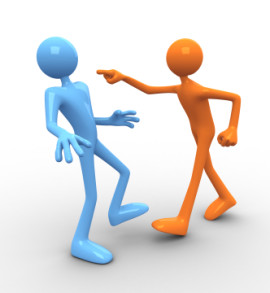 A while back I had one of those meetings, that in all honesty, I was absolutely dreading. I’d been looking for an opportunity to have this meeting for months – translated — I’ve been doing everything in my power to put it off. The reason I was dreading this meeting was because it had all the potential in the world to erupt in conflict and anger.  The particular issue we needed to address was beginning to divide our team, and I had waited too long, hoping somehow it would take care of itself. In this case, however, it became increasingly obvious that it was not going to take care of itself.

Now that the meeting is over, I feel huge amounts of relief. Yes, it went well. Yes, hurt feelings were expressed. And yes, now I can look back and offer a few quick thoughts about how to facilitate that dreaded meeting.

1) Set the table for the discussion. In this meeting I said, “The way I see it, we are family – brothers and sisters. And like most families, for various reasons, you are closer to some siblings than others. Sometimes you are closer due to proximity, other times it’s because of schedules or maybe even birth order. Nevertheless, we are still family, and when the family can finally get everyone at the table together, a healthy family needs to talk about whatever it is that is coming between them.” That metaphor seemed to work. We had an understanding for why we needed to have this talk.

2) Give specific time parameters for the meeting. I didn’t actually set a specific time for this meeting to end, which was a mistake, particularly in this instance. Fortunately, one person on our team was called out of the meeting at just the right time to go and address an urgent matter. And while it was a little disruptive and brought our meeting to an abrupt end, in retrospect, it gave us a great opportunity to end the meeting after we had accomplished plenty, and yet before it spiraled or dragged on beyond what was constructive.

3) Trust your team. If you trust your team by giving them the opportunity to talk honestly about difficult matters, they will handle that trust with care, knowing you took a significant risk. If they respect you as a leader, they won’t want to let you down, and will more than likely do all they can to keep the meeting and conversation moving in a direction that will lead to understanding and restoration.

4) Pray like crazy. The enemy seeks to divide. He does not want teams to come to mutual understandings. He specializes in exploiting unresolved conflict. The apostle Paul reminds us that our battle is not against what is seen, but what is unseen (Ephesians 6:12). And while we don’t like to think about the evil one working through really good people with really good intentions, he does that every day. Praying for the Holy Spirit to work in and through your team to resolve conflict so that the mission can be furthered is the best preparation you can make for a meeting you dread.

The Awakening to LongingHPFTWBTG – “We’re In This Together”
Recent Posts